Arlay Castle is an entirely family-owned estate which is devoted to developing traditional wines capable of ageing, where all the soil characteristics can express themselves with elegance. Our estate is considered to be the oldest wine-growing chateau in France, dating from 1070 which is proved by the archives kept there. In other respects, Arlay has always been handed down by legitimate inheritance from its foundation until today. A very rare event in Europe!

By virtue of its position in the roots of the wine industry, it forms part of the reputation of the great wines of France and this has often earned it the title of a top Jura vineyard (”grand cru du Jura”). It stands as a brand of tradition and quality as much in France as abroad. This is emphasized by a unique emblematic labelling of our bottles which has remained unchanged since 1917. 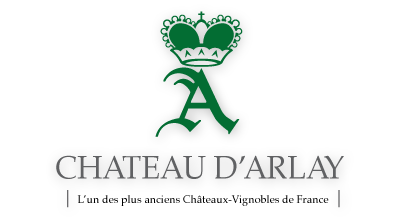